Here is the complete story of Colt’s first large frame double-action revolver, the Model of 1878. This revolver was designed as the double action version of Colt’s famed Single Action Army revolvers, and shared much of its history. The Model 1878 saw action on America’s frontier and throughout the world until production ceased in 1905.

Major sections of the book cover history and development, physical characteristics and is an in-depth study of each of the thirteen calibers with complete production figures for both standard and engraved revolvers. These detailed figures are broken down by caliber, barrel length, finish and type of stocks. Included is the comprehensive study of Omnipotent marked revolvers, Canadian Militia issues, revolvers in British calibers, and the Model 1902 designed for the Philippine Constabulary. Numerous color and half-tone photographs illustrate the text.

While dedicated to the Model 1878 revolver, the text includes a wealth of information of general interest to all collectors of Colt revolvers manufactured from the early 1870’s to 1905. Production techniques were similar for comparable models and the same standard shipping procedures applied to all models. There is something in this book for everyone.

In scope, accuracy, and completeness, this volume stands alone; and is a “must” for Colt enthusiasts. A very deluxe book, 8 1/2″x 11″, hard cover with dust jacket, 428 pages, 286 black and white photos, 32 color plates. Every variation described with full production figures. 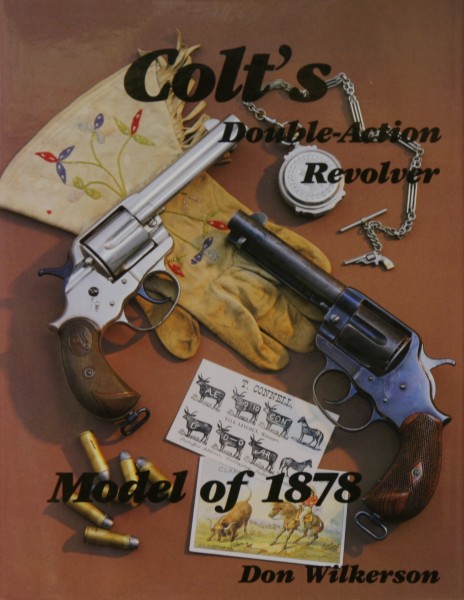